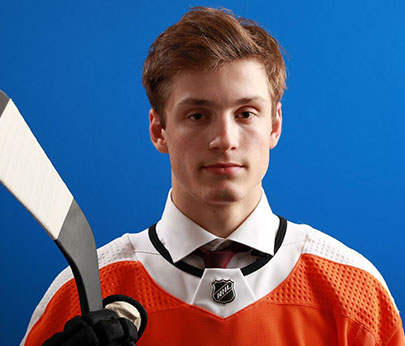 JOEL FARABEE –  Through showing his offensive prowess as team captain in the Development Program, Farabee was selected in the first-round, 14th overall, by the Philadelphia Flyers in the 2018 NHL Entry Draft on June 23, 2018.

Following the completion of his freshman season at Boston University, Farabee signed an entry-level contract with the Philadelphia Flyers on March 25, 2019.

Farabee was named to the 2019 World Junior Ice Hockey Championships team for the United States. On December 28, 2018 he scored a natural hat trick against Kazakhstan. 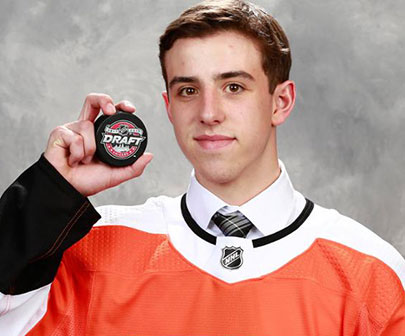 MORGAN FROST –  is a Canadian junior ice hockey center (Sault Ste. Marie Greyhounds of the Ontario Hockey League). He was selected by the Philadelphia Flyers in the first round, 27th overall, in the 2017 NHL Entry Draft.